We purchased 200 bare root Nordmann fir from a company in the UK these are 2+2 4 years old the tap root has been cut in the second year to encourage more fibrous roots, we purchased these mainly as an experiment to compare with our normal plugcell grown ones which are 2 -3 years old, we have mainly done this to see which ones grow quicker, give a better shape, mortality rate etc, plus the bare root ones are meant to be ready for harvest within 4 years onwards

They are about the same height as our normal plugcell grown ones, the branches are possibly thicker on some, they do have more roots, not all of the bare root plants are the same as in the picture though some were smaller with a lot less roots 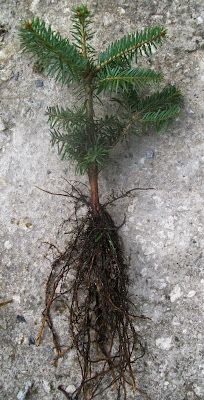 The ground was prepared the same way as we do for plugcell grown, After planting at 4ft spacings they were left to allow for some rain before plastic was put around the plants to keep the weeds down 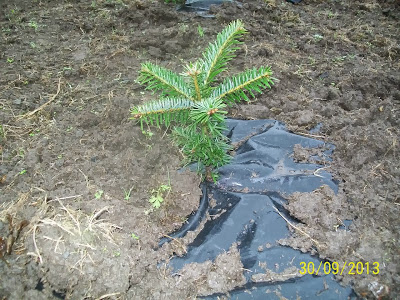 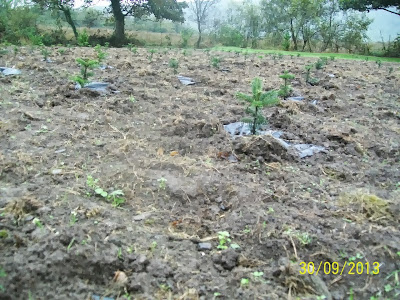 After using the weed wiper I had mixed results I found it worked better on shorter weeds than taller ones plus you need to apply the same amount of weed killer as you would a sprayer so as the leaves are wet, it will more than likely work very well with neat weed killer as you should not have to totally cover the weeds with the solution to get it to work, below are some pictures of effects 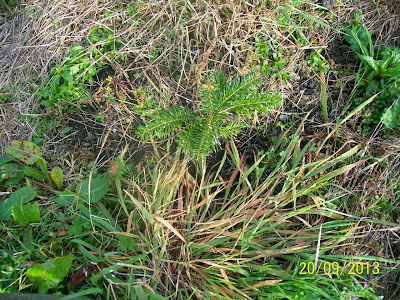 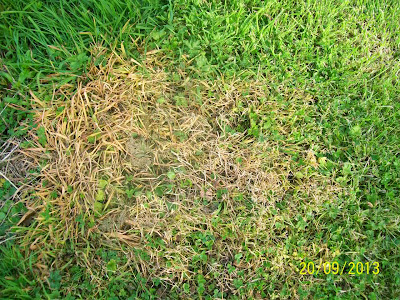 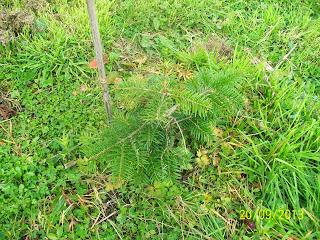 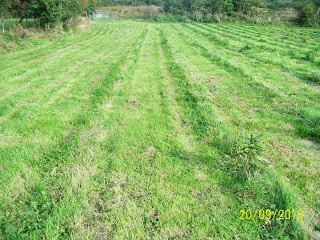 The 2 jubilee clips worked to hold the rope wick better but  I intend to  replace those  with 1 15mm pipe clip to hold the rope wick in the centre and use neat weed killer in future, overall a very good product nice and light to use once you learn how to use it correctly and mixture strength
Posted by Phil Hunt at 8:14 pm No comments:

We currently have for sale at wholesale prices pot grown Nordmann Fir these are 6 - 9 inches tall in 1.5L pots price is 0.90 cents each contact us with your requirements, these will be ideal for growing on and shaping then re-selling next year/year after as table top christmas decoration pieces, or planted out this year in your field for growing on, collection prefered on these minimum order 10 plants 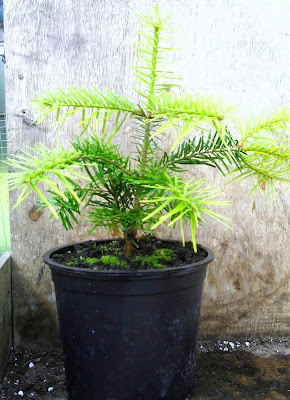 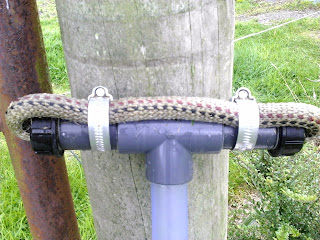 I continued to do some more weed killing to test the jubilee clips out the rope wick did not move around as before, to see the weed killer effect using cm wide jubilee clips I have done a strip up the centre of this row, it did rain heavily for about half an hour not long after I finished so I shall have to wait and see 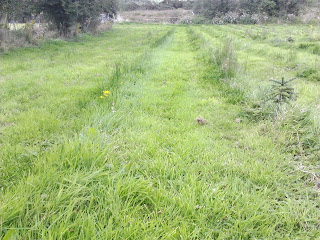 On a home use for small weed killing It does not really matter if the rope wick moves as you simply keep on turning the wiper over so as the rope is downwards, there will be more to follow on results of my weed killing once I can see the effects
Posted by Phil Hunt at 8:38 pm No comments:

It only takes 0.4L water originally I thought that would not be a lot of liquid for weed wiping but surprisingly it goes a very long way as you are only just damping any weeds, I filled up the weed wiper handle with water to a couple of inches below the top then I added my roundup 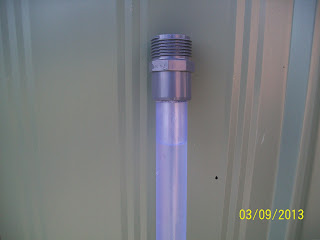 Once I started weed wiping I found that the rope wick which you brush over the weeds kept on going to an angle so as you start wiping the weeds with the plastic end of the weed wiper which is not very good so my solution was to attach 2 cable ties to hold the wick in place at the desired angle I wanted, I also found that if the cap was unscrewed a bit it let air in at the top which increased the amount the wick got wetter with weed killer solution which is what you need 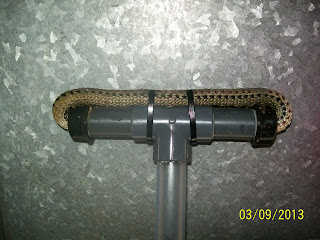 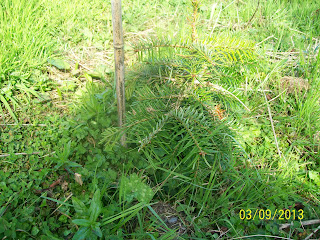 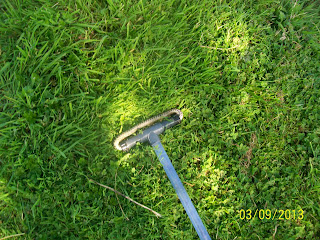 In all I weed wiped around about 400 trees and only used half of the 0.4L of solution, My next write up on the weed wiper will be the results and if the 2 cable ties solution works as I still need to use it with the cable ties on.